The Temple of Minerva (Tempio di Minerva) is an ancient Roman building that was constructed in the 1st century.

Located on Piazza del Commune, Assisi Italy's main square, the Roman temple was converted into a church in the 9th century. 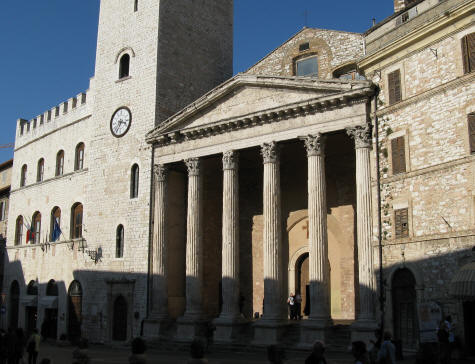 The interior of the temple incorporates a 17th century Baroque motif.