The Rocca Maggiore Castle, at one time, was part of a wall system that surrounded the town of Assisi Italy.  Much of the wall still remains intact. 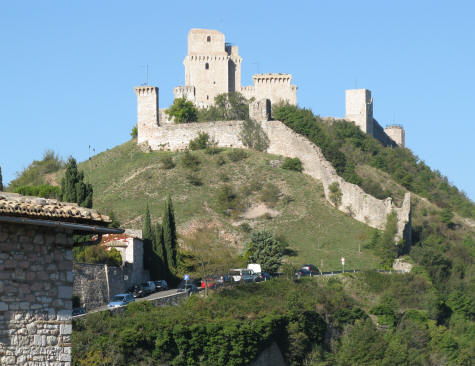 Although it is believed that a fortress existed on this site since ancient times, the castle as it appears today was rebuilt by Cardinal Albornoz during the second half of the fourteenth century.  At the time, this region was part of the Papal State.